The Everton Men’s team was created in 2011.  The team has a strong competitive spirit and aims to perform well locally and provincially. Despite this, the team has a positive and inclusive attitude both on and off the court.

Our teams compete in many tournaments and leagues around the Montreal area, notably LIVE, Coupe du Quebec and CEMO (a league composted of Carabins’ B team, McGill and UofOttawa).

The men’s program is divided into two teams that practice separately:

Performance
This team accepts volleyball players with previous high level competitive experience (college, university or club). The team trains 2x per week and plays 2x per month on Saturdays in preparation for the Quebec Cup at the end of the season. 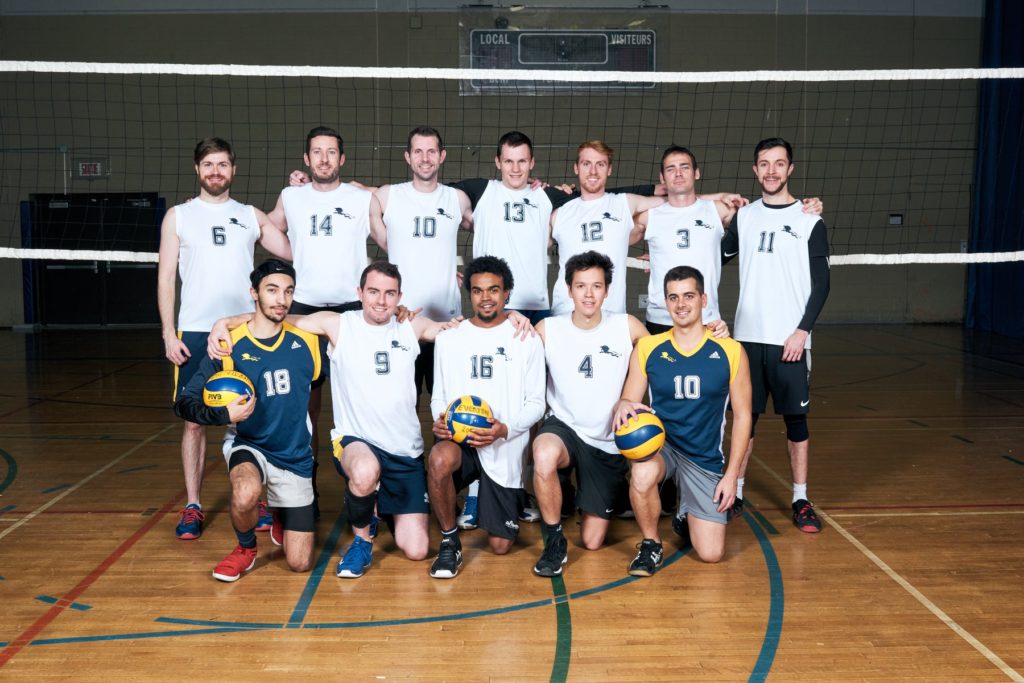 Competitive
The competitive team caters to athletes wanting to train and compete regularly. A good technical base in volleyball as well as a good level of fitness is required to be part of this team. The team trains 2x per week and plays once per month on Saturdays.